(You won’t believe your eyes at number 4)

Unbelievable. Iconic. Sublime. Epic. Must-see. These words all most likely appear in the titles of articles dotted up and down your news feeds, Twitter and email subject lists but do you believe any of them? We know that our lives are not going to be changed by the ‘life-changing’ article yet we click and read these posts. Then feel the inevitable frustration of being mislead by the click-bait title. Despite having clicked on their posts, the message is adulterated by the misleading title. But there is a rebellion coming. Not only are people growing weary of the same inflated claims in titles, major sites are taking action to reduce the spread of this language. 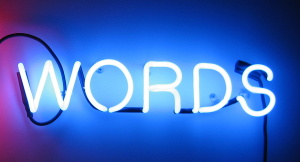 Language is a shifting beast but some words have had their meanings utterly mangled by exaggeration and excess. The word ‘Epic’ used to be reserved for the Iliad and Ulysses. Within just a couple of years it is now almost exclusively a precursor to videos of cats falling off tables. It is not the content that is going to change. It is the outrageous colouring of titles and subject lines to lure people in that is set to change.

Exaggeration on the internet has become de rigueur. You can´t open a page without seeing literally millions of ads being fired at your eyes. Earth shattering news about a new type of pastry. Blogs and articles are always having to find new ways to capture their readers’ attention in an increasingly crowded marketplace. Businesses need to reach people on their site, they need to draw them in with links on social media and through their blogs. Short subject lines on emails, or article titles have been stuffed with hyperbole and exaggeration to do exactly this. But since the techniques of doing this have become ubiquitous these hooks are becoming less effective.

There are some words and phrases that we see everywhere within the text of the Internet. They are used to hook us in and generate views but, like insects and pesticides, we are becoming resistant to them. When we see ‘Unbelievable’ heralded in a title, our text filter translates this to ‘Mildly interesting’. ‘Unmissable’ becomes ‘Missable’ and that blog that promises to ‘Change your life’ is easy to ignore.

The question now is whether to fight this by piling just more on or start curtailing this trend now. Will we be seeing titles like: 50 Ultra unmissable, must see, life changing hacks that will transform your business in just 20 minutes! Or will content have to catch up with the promises made by the words we have rinsed dry of meaning?

The line between an engaging title and scurrilous click bait is becoming increasingly fine. And this is not just a argument regarding semantics, Facebook and Google are altering their algorithms to downgrade posts that they consider to be ‘Click-Bait’. They will be giving prominence to more considered and researched content. Posts that will be featured in news feeds will contain photos, clear concise titles and an introductory paragraph. Users are going to be able to make proper judgements if the content is interesting to them, rather than vaguely misleading them for the click throughs.

We have reached the horizon of how excited we can appear to be about a blog post or a Facebook update. Language has nowhere else to go. We cannot keep piling on adjectives and adverbs to dress up unremarkable content. Exaggeration and hyperbole has been like pouring toxic waste into the oceans. It seemed like it was a bottomless pit; a perfect solution. But soon this bubbled to the surface and there is going to be a fallout from the misuse and misrepresentation. As soon as the damage is noticeable, it is already too late to reverse it. We are left with a corrupted and damaged language on the Internet that requires a near constant focus on the subtext and reading between the lines.

The novelty effect of lists, videos and gifs is wearing off. The future of using content to engage customers is going to come from the content itself. And it is not just news and entertainment sites that need to consider these new developments. Any business that uses social media, blogs or inbound marketing will be forced to adapt. For the vacation rental industry there is the opportunity to use images and appealing pictures to reach people. Combining these with your thoughtful and interesting content will be the best way to engage customers and still remain high in the rankings of the major sites.

Research, passion and accuracy will be the new, unspoken buzzwords. Will Facebook and Google’s new focus on content over titles force a change in the language of the Internet?