Light up a cigar, it’s light up time!  In historic news, the long-held trade and travel sanctions in place between the US and Cuba have finally been lifted. The trade and travel ban from the US to Cuba have been in place so long many people were actually unsure if it was as strict as it seemed. It turns out, it was. There were no flights into Cuba from the US. For the determined, flights could be got to neighbouring countries, then further flights into Cuba. During this time, Cuba was open to these furtive visits and accepted US dollars as currency; the risk was in returning to America. There are fines and the daunting prospect of having to deal with unimpressed US immigration officials on your return journey. 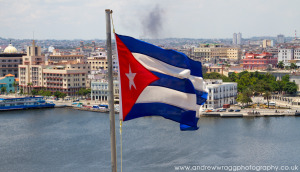 The embargo seemed to be a lasting grudge and petty punishment for the crisis of the cold war. Despite this, tourism has always managed to wriggle into Cuba from the US but there are risks. But the lifting of the embargo means that Cuban tourism from the US is now open, and government-sealed. Cuba could see a very substantial rise in tourism and could become a perfect place to expand a vacation rental business in the coming years.

Whilst this is a dramatic step towards the thawing of relations, tourism won’t be flooding in overnight. Trips are still limited to organisations that have an official license from the US State department are visas are granted if the trip is for purposes such as humanitarian work or family visits. These trips will also be limited to certain activities that are designed to educate travellers or reinforce relations between Cubans and Americans.

Cuba is known as America’s playground for the rich. Although still under a communist ruler the rules and rights of travellers are a little stricter than of the US. You might not find yourself smoking on the balcony, looking over the Bay Of Pigs anytime soon.The transfer of money and property is still under regulation but Americans can now use their credit and debit cards in Cuba. The normalisation of relations between these powers means that in just a few years American vacation rental businesses could be part of the rapid growth of the Cuban economy.

What we can be sure of is that the leavening of the draconian rules is going to have an impact on Cuban tourism and the perception of the country in countries other than America. And it is not as if Cuba doesn't have a thriving tourism industry already - it is the second most visited destination in the Caribbean with many visitors from Europe and Canada. But with the first bricks knocked from to the socio-political wall that kept Cuba apart from the world at large, Cuba could become a global force. Isolated in a cultural quarantine for half a century, Cuba is mysterious and exciting. It has an allure and now a message has been sent that political barriers to travel are coming down.

The feeling is that it’s not Cuba that is being welcomed in from the cold, but the US that is now opening themselves up to the benefits of island life, after a long, self imposed exile. The next years are likely to see strengthening of the political and economic relationships between the two countries and the expansion of the vacation rental market. The growing freedom of trade and travel is fantastic news for the tourism industry, and destination economies. We think that vacation rental businesses can be a part of the burgeoning private sector.

Cuba once was just seen as an exciting but illicitly dangerous neighbour to America. A playground to rebel from dour Uncle Sam, drink sweet rum and procure cigars that would end up confiscated by customs officials upon their return. It may just be that these officials will be the only people not ready to welcome this news. Always keeping a keen eye for Cuban contraband; officials would be under strict instructions to see any illicit cigars burned. Which they did with supreme diligence. Slowly; and one by one.